Big Data Definition: The large amounts of structured and unstructured data that, in order to be fully and appropriately analysed, require machine-based systems and technologies.

Is it a leap forward helping the world to run smoothly on exabytes of unstructured, unprecedented levels of data? Or, asks Bill Portlock, Head of Marketing at Marketing Metrix, is Big Data a new buzz-word used by sales and marketing to frighten organisations into purchasing multimillion dollar IT platforms?

History is certainly repeating itself. I’m old enough to remember the birth of CRM (customer relationship management) and how the industry was split between IT companies and their solve-it-all £multimillion databases, and the pointy heads claiming it was their domain. CRM turned out to be data driven marketing using IT as a tool, and eventually became the buzz-word of the '90s.

With this in mind, it’s vital that we monitor how the Big Data debate develops and monitor how it will impact on our industry.  But there are some cautionary steps that must be taken. Some companies are rushing to buy expensive machines to capture what is in many cases vast amounts of ephemeral data without giving thought to how it will be of value to them in the long run.  Others are burying their heads in the sand as they find Big Data to be too overwhelming and are still stuck with figuring out whether or not Social Media is worth it (it is!).

One can throw  enormous volumes of data into a mega machine costing a fortune and it will come out with all sorts of interesting figures, but are these details useful or (more importantly) even usable? Is a machine really better at understanding how human data can be used?

The most effective way to approach Big Data is to combine the entirety of a company’s data collateral, and then decide where to look within the Social Media plane. The data is not thrown into some black box, but analysed by humans using IT tools and software.  It’s the creative interpretation of the data which will do most to drive the bottom line.

This is doable, scalable and most importantly actionable. But the most important question to ask an organisation, before embarking on any ‘Big Data’ project is what they want to get out of it! Essentially, despite the hype and fanatical strategies surrounding Big Data, it’s not difficult or confusing; it's just about asking the right questions.

What's your stance on the Big Data Debate? Were you sold the same story in the 90s? Let us know! 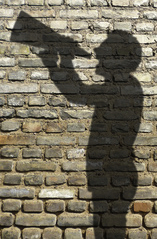 Word of Mouth Marketing: 7 common mistakes every company should avoid 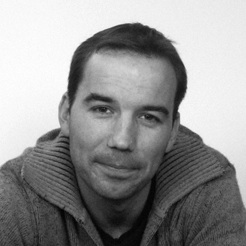 Brand identity: Has your brand strategy got soul?